British Pound Steadies Ahead of Fed and BoE as Markets Pause. Will GBP/USD Go Lower?

The British Pound has taken a breather from its downtrend in anticipation of rate hikes from both the Federal Reserve and the Bank of England in the next 2 days. The relative calm reflected the broader market taking stock ahead of the central bank meetings.

Despite some gains for GBP/USD in the last few sessions, it appears that there needs to be a more solid advance before bearish momentum is overcome. 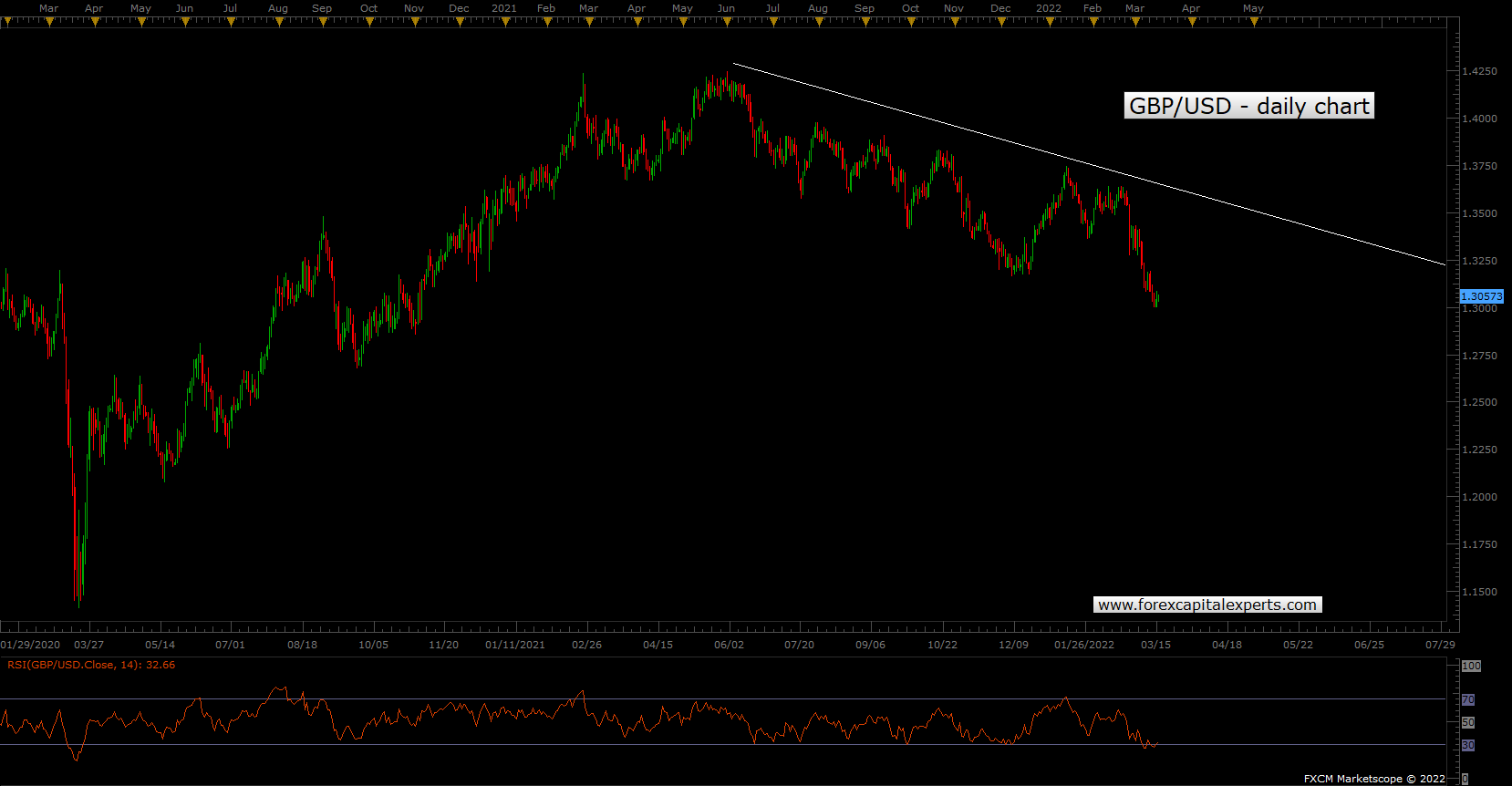 Gold Price Forecast: XAU Rally May Reignite on US CPI

The price of gold fell sharply overnight, and weakness is extending through Thursday’s Asia-Pacific trading session. XAU/USD is down nearly 5% from earlier this week, when bullion prices were trading at the highest levels seen since August 2020. Bulls scored a major victory by clearing the 2,000 level on Tuesday, but a deep pullback in risk aversion has sapped the yellow metal’s luster.
Traders are preparing for the United States to report its latest consumer price index (CPI) data for February. Analysts see the US inflation rate rising to 7.9%. That would be the highest year-over-year print since January 1982, when inflation was at 8.4%.

A higher-than-expected print may add to current inflationary woes, which may drive bullion prices higher. Such a move may be amplified by worries that the war in Ukraine might cause the Federal Reserve to hold back a more aggressive response to price growth, in a bid to smooth over the impact any broad-based economic instability linked to the crisis. That said, the most potent near-term XAU drivers will likely rely on market volatility and inflation expectations, particularly in the United States and Europe.
After breaking below the 2000 psychological level, bulls may try to find support at the rising 9-day Exponential Moving Average (EMA). A break lower would put 1900 back into focus, a level breached just a few weeks ago. Alternatively, piercing back above 2000 could renew a push up to target the 2022 high at 2070.42. The Relative Strength Index (RSI) fell from overbought conditions while MACD appears to be weakening.

The Australian Dollar has been rallying with bullish momentum potentially confirmed by a Golden Cross when crossed above the 50-day SMA.

Further confirmation may unfold with a potential Golden Cross emerging as crossing above the 100-day SMA. Additionally, since making the low at 0.69676 in January, the price has made higher highs and higher lows, which may confirm an ascending trend.

EUR/USD Forecast: Euro Reprieve Could be the Calm Before Another Storm

The announcement about the EU’s debt raising plan has been refuted by the EU’s Timmermans however, markets largely dismissed this with the Euro pushing higher today. EUR/USD is likely to remain subdued ahead of tomorrows stacked calendar with the ECB’s interest rate decision and U.S. inflation respectively.
Monetary will have minimal effect on inflationary pressure as supply constraints are the root cause of the current problem. The relief may be short-lived and price action looks to be setting up for another move lower as tensions are unlikely to dissipate quickly.

A busy session for USD/CAD traders with data and event releases that could impact both sides of the spread. Canadian inflation and US retail sales, both for January, are released both released at 13:30 GMT, while later in the session the minutes of the last FOMC meeting will also be released. All three events have the potential to move the pair and should be closely followed. It will be interesting to see in the FOMC minutes if the central bank rows back any of chair Powell’s hawkishness at the January 26 monetary policy meeting.

The daily chart shows how conflicting risk forces have kept USD/CAD confined in a 1.2635 to 1.2800 range over the last three weeks. The pair is currently moving towards support, with the Canadian dollar aided by a strong oil complex, while the US dollar remains underpinned by a robust rates background where the US 2-year offers a near two-and-a-quarter year high yield of 1.57%. This range will need a strong driver if it is to be broken and as such will likely hold in the short-term barring any strong data beat or macro surprise.