The Swiss Franc’s monthly move is on track to appreciate relative to the US Dollar for the first time since December of 2020. The move through the first three months of this year against the Greenback saw USD/CHF rise to its highest mark since July 2020, easing pressure on the Swiss National Bank (SNB) to cool its domestic currency intervention following a rampant pandemic-fueled strengthening in CHF.

The appreciation in the Franc against the US Dollar and Euro in 2020 led the Swiss National Bank to increase sight deposits – a mechanism used to influence the Franc’s exchange rate – to record levels in a bid to control the Franc’s furious appreciation. As an export-driven economy, a stronger Franc places downward pressure on prices in Switzerland, which is an undesirable effect against the prevailing macroeconomic landscape.
Intervention by the SNB has since cooled but remains elevated in historical reference. The nation’s currency intervention caught the eye of the United States following the action seen in 2020 when the US labeled Switzerland a currency manipulator. The central bank’s chief, Thomas Jordan, was undeterred, stating the label will have “no influence on our monetary policy.” 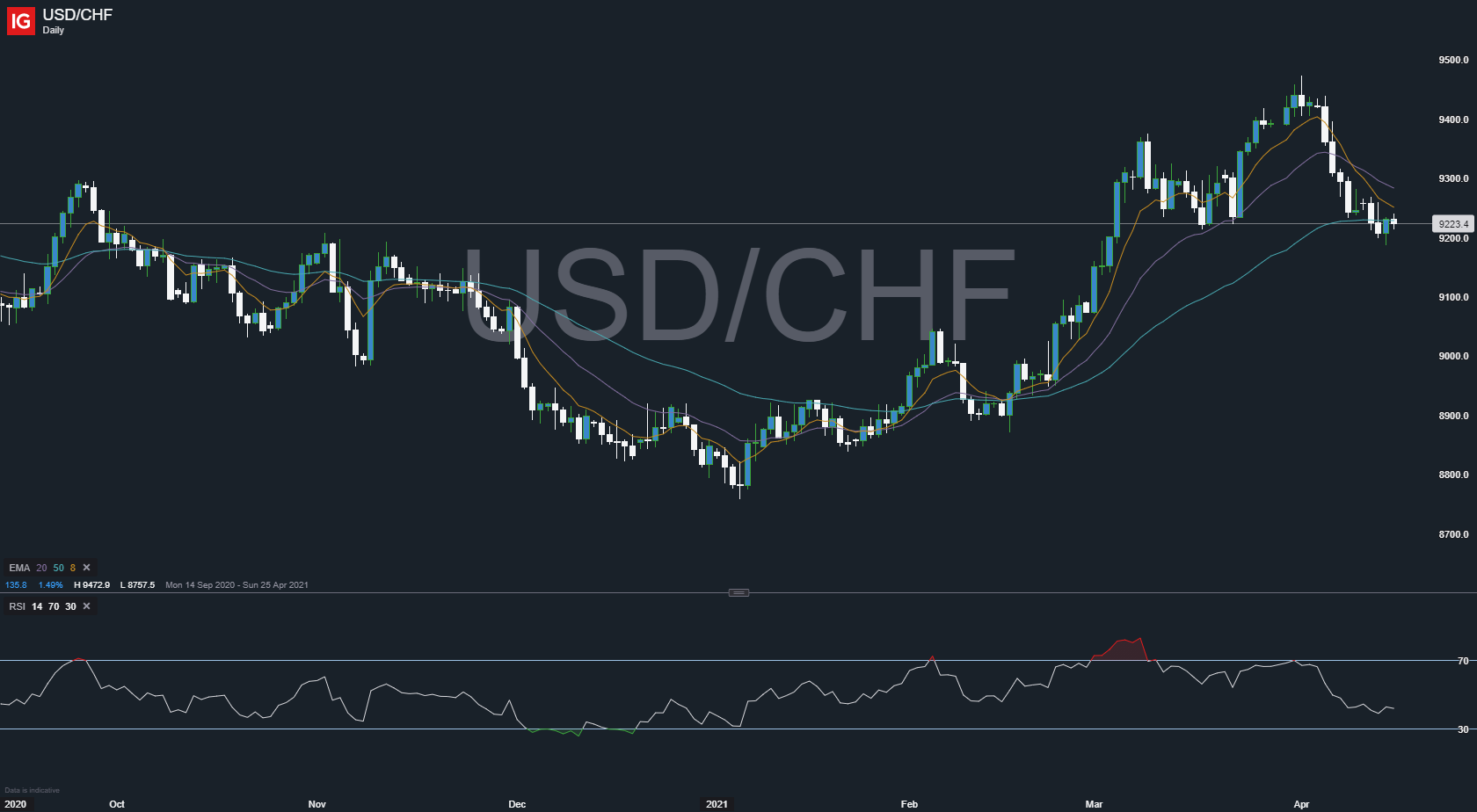 SNB monetary policy statement did ease off on language surrounding currency intervention. This could be due to the currency manipulator label being slapped on in December, the Franc’s recent depreciation versus the Euro and US Dollar, or a combination of the two.

SNB’s intervention will likely continue, as affirmed by SNB chief Jordan last month. While intervention has cooled slightly, any major strengthening in CHF will likely translate to an uptick in sight deposits. Swiss policy makers will need to carefully balance policy going forward, as a miscalculation or early signaling in tightening policy may drive significant Franc strength.

Our information/charts are NOT buy/sell recommendations. Are strictly provided for educational purposes only. Trade at your own risk and analysis.
Contact our advisors through website chat 24/7.