Crude oil prices regained some strength on Tuesday as the US Dollar retreated, but overall momentum remains weak from a technical perspective. Traders are eyeing a potentially larger stimulus check amount after the House of Representatives voted to raise pandemic relief payments to $2,000 from $ 600. The proposal is now pending Senate approval.
Still, concerns remain over tighter Covid-related travel restrictions around the world, which may serve to limit upside potential for oil. In the near future, uncertainties surrounding the uneven distribution of vaccines, new coronavirus strains and reduced travel activity may post additional uncertainty over the energy demand outlook. The OPEC+ coalition have agreed in early December to increase production by 0.5 million barrels per day starting in January 2021, gradually easing a total production cut of 7.7 million bpd that was carried out earlier this year to shore up oil prices. 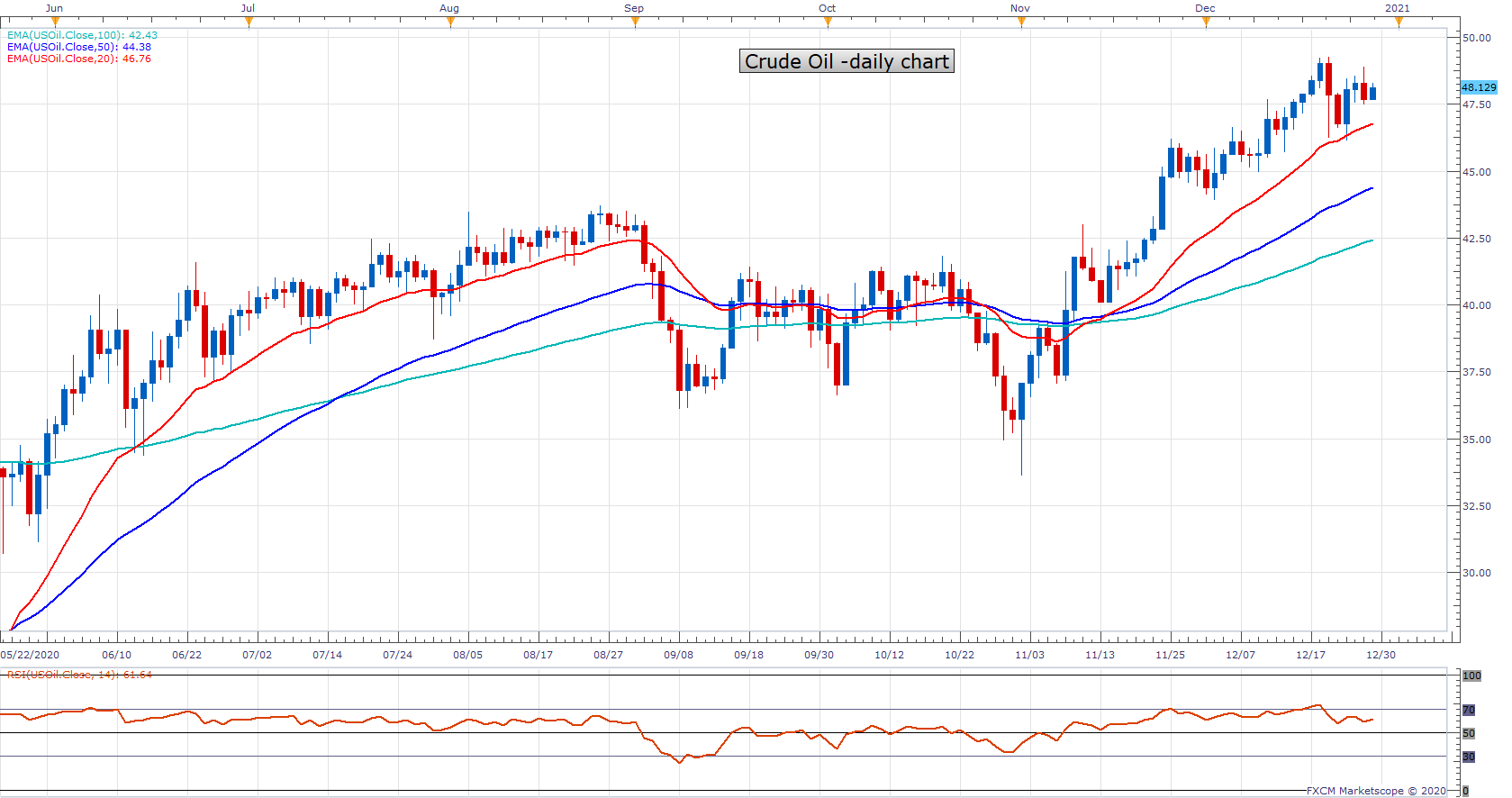 Earlier this month, US DOE crude oil inventories have climbed to 503.2 million barrels, reaching a 4-month high This was mainly due to a large, 15-million-barrel build in stockpiles in the first week of December. Inventories have seen fallen by 3.13 and 0.56 million barrels in the following two weeks respectively, but the amounts were not substantial enough to boost market confidence.
Traders are anticipating a 1.70-million-barrel decline in US crude inventories for the week ending December 25th, with the actual data coming in on December 30th. Last week, markets saw a 0.56-million-barrel decline in stockpiles, which only marked a small reversion of the 15.20 million barrel increase seen in early December.