US Dollar Forecast: Sell the Rumor, Buy the News?

The US Dollar has traded higher, even as US fiscal stimulus is formalized and a government shutdown is avoided. Outgoing US President Donald Trump has signed the bipartisan Congressional agreement, despite reservations expressed last week and failure to sign by an earlier deadline that will upend unemployment benefits to out of work Americans, if only temporarily.

For most corners of the financial world, these developments culminate a ‘buy the rumor, sell the news’ type of situation. Or in the US Dollar’s case, ‘sell the rumor, buy the news.’ Higher deficits continued operations on the federal level should both, in theory, spur greater risk appetite, with traders jettisoning lower yielding safe haven currencies like the US Dollar. 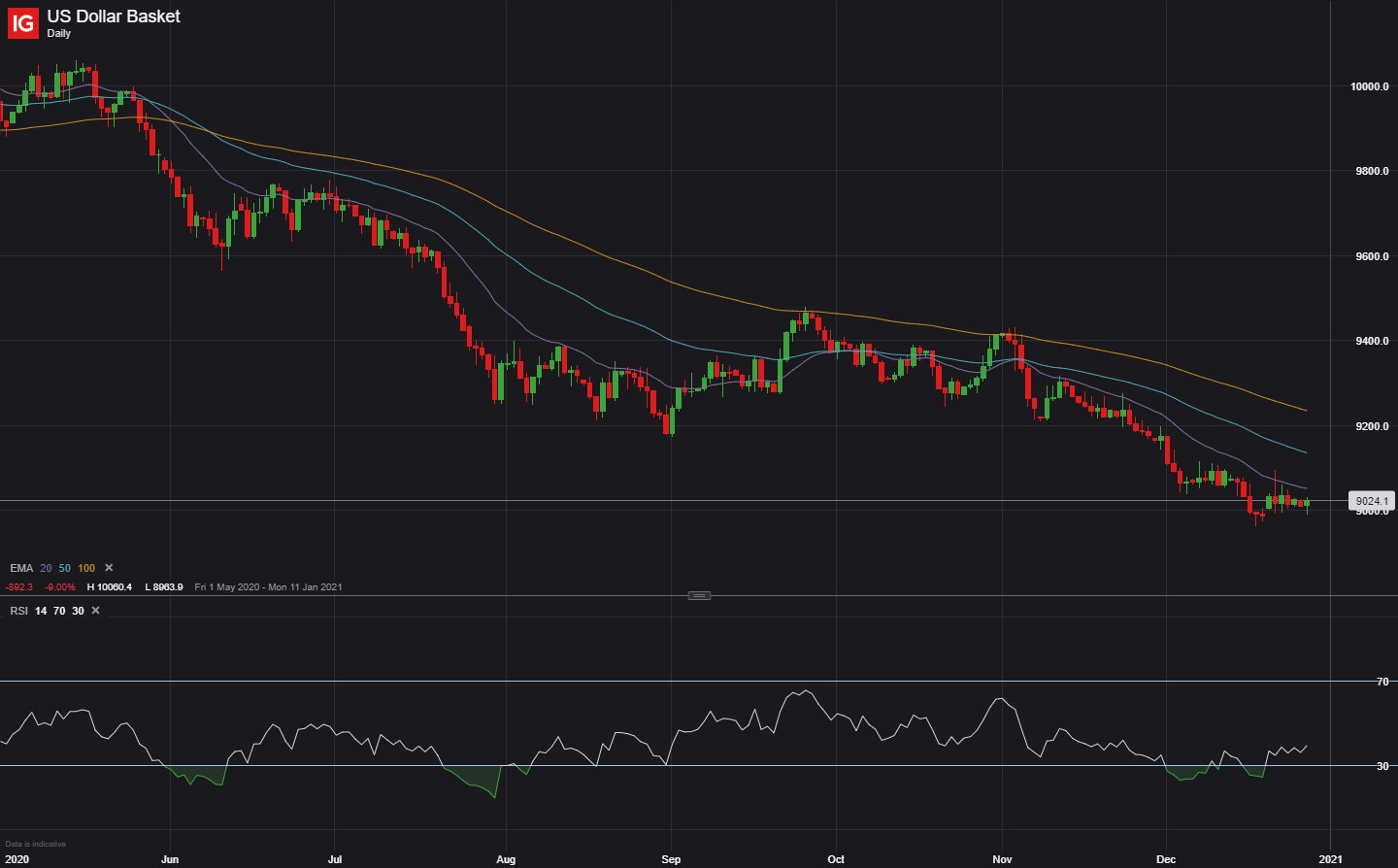 Even though a US government shutdown has now been avoided, traders aren’t exactly lining up to take on more risk. After all, we’re in that quieter, more illiquid part of the calendar between Christmas and New Year’s, with many traders relegated to the sidelines. The news that are developing are more or less in line with consensus expectations .

In a sense, then, nothing has changed. The timing of the calendar – in the midst of the holidays, following a year of prolonged weakness still suggests that traders simply covering their short positions, not setting up fresh US Dollar longs.