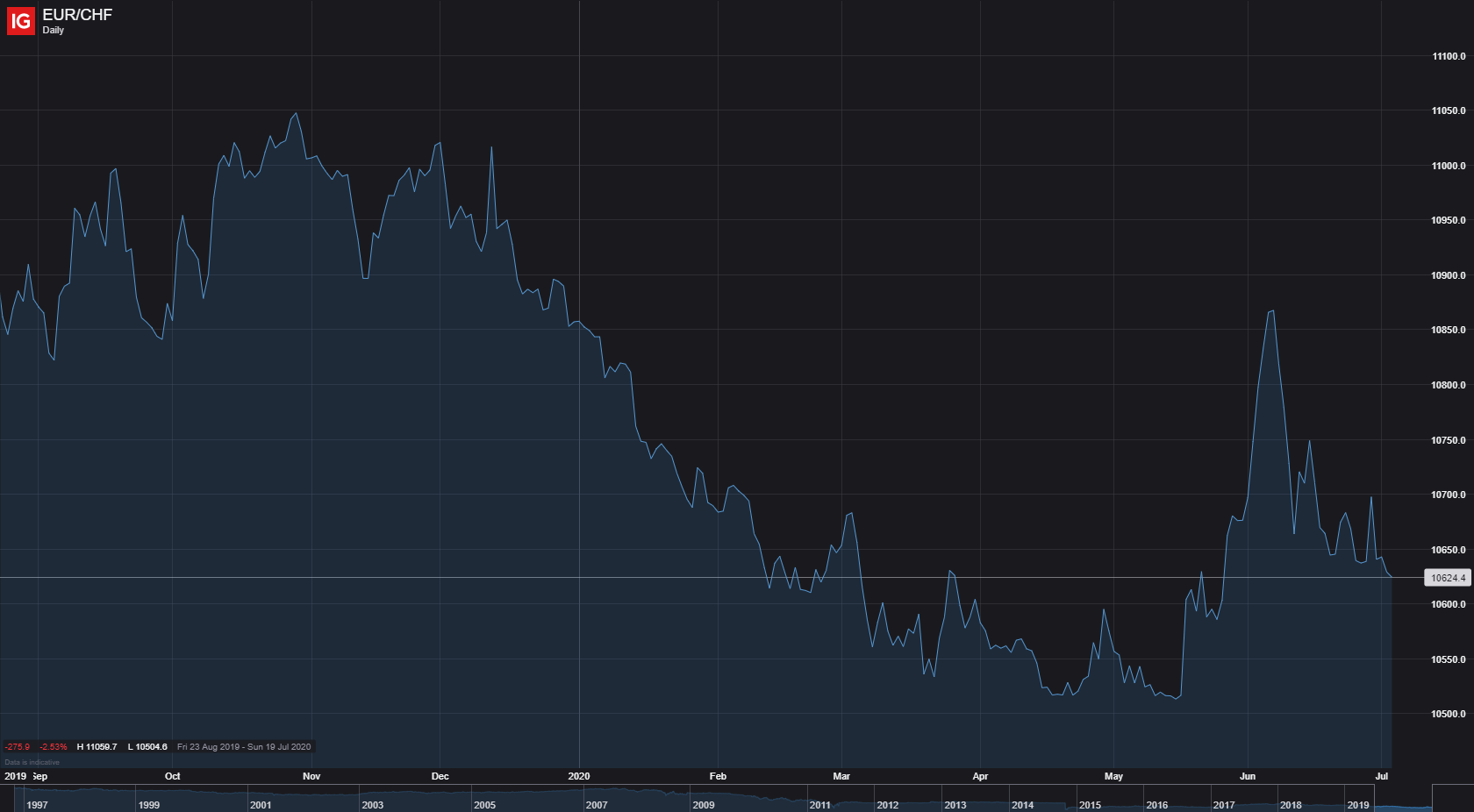 Between March and mid-May, EUR/CHF had been trading below a steep slope of depreciation before bursting out of a compression zone between it and support at 1.0500. The outburst saw the pair rise almost one percent in a single day, the largest move in a 24-hour period since September 2018. Subsequently, EUR/CHF climbed and shattered several layers of resistance along the way before topping at the January swing-high at 1.0860.
EUR/CHF retreated over two percent and stumbled at familiar levels that previously had acted as resistance. Now, the pair is trading below descending resistance and support at 1.0610. If the downward-sloping ceiling holds, EUR/CHF’s capitulation could inspire additional sellers to enter the market, and a bearish bias could exacerbate the pair’s losses.
If EUR/CHF is not ready to go lower, the pair may break resistance, but its ascent could be curbed by a near-term ceiling at 1.0665 and its big brother at 1.0679. Having said that, surmounting those obstacles could open the door to further gains If EUR/CHF’s triumph over those levels signals the beginning of another bullish spike.