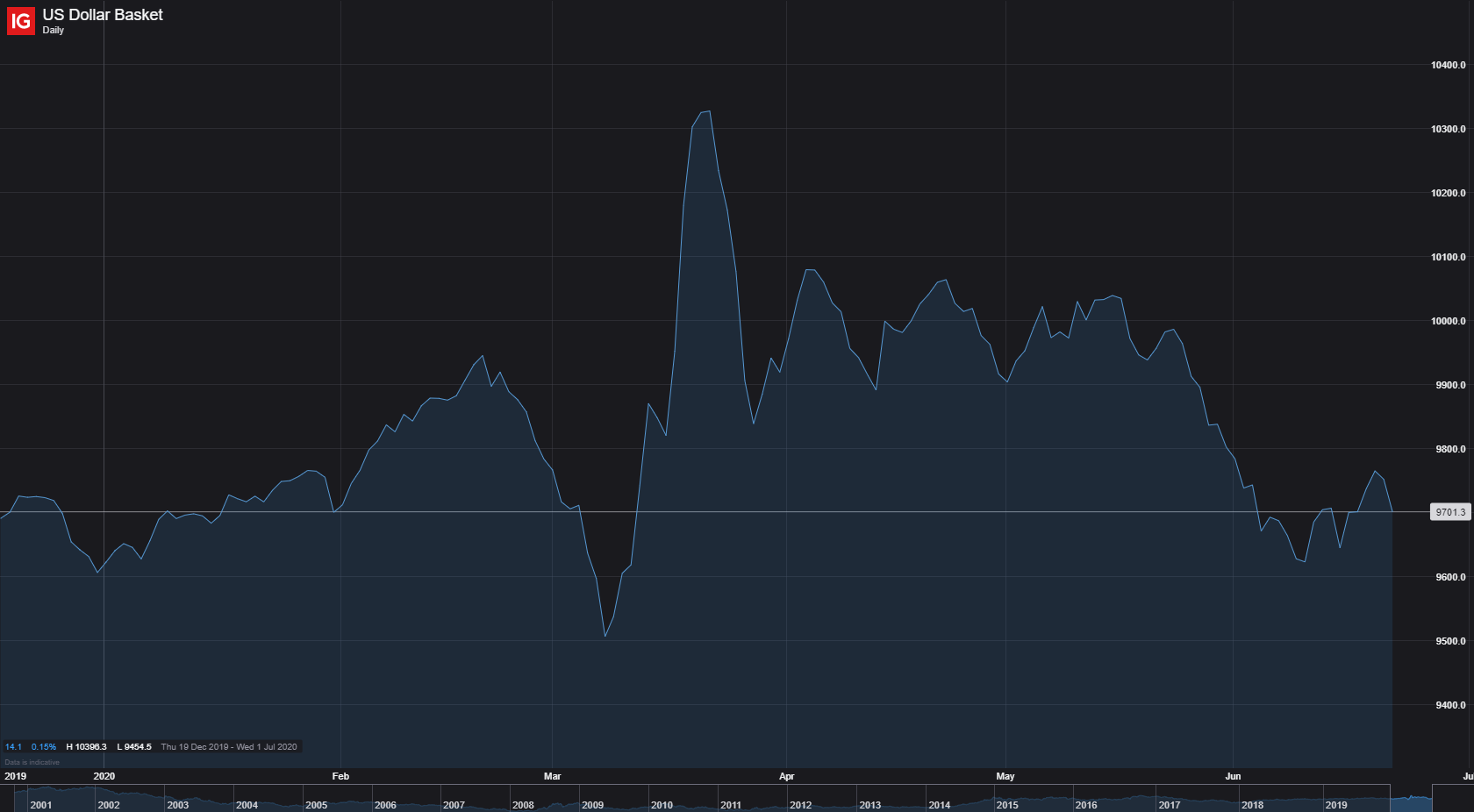 Going along with that pump in US equity prices through late-May and early-June was a fall in the US Dollar. The currency broke out of a near two-month-range as sellers pushed prices down to fresh lows, and given the extreme accommodation from the FOMC and the prospect of even more accommodation down-the-road, this relationship and that move in the USD made sense.

But as of a couple weeks ago the US Dollar began to test a big spot of support on the chart. There was perhaps a bit of capitulation around the FOMC event a couple of weeks ago as USD-bears pushed down to a fresh low, only to be thwarted soon after by bulls responding to support with a strong topside push.
Since then – the US Dollar has been in the midst of a bullish short-term trend, although with some context, even that bullish backdrop could be construed in a bearish manner from longer-term charts.